How to Validate a Keto Dog Food

You want the best for your dog. That’s what makes you a Visionary pet parent.

And to find the right food, you need to ask the right questions.

Questions like, “is this food low carb?” Or, “does this food meet all my dog’s nutritional requirements?”

Those are important questions. Questions we’re proud to say “YES!” to.

But sometimes…on rare occasion…we get a question that makes us think, “OK. We need to do a better job telling our story.”

More specifically, we get this question:

“Have you conducted AAFCO Feeding Trials?”

To answer this question, we need to first examine what an AAFCO feeding trial is. Then, we’ll look at what we did to validate our low carb, keto products at Visionary Pet. 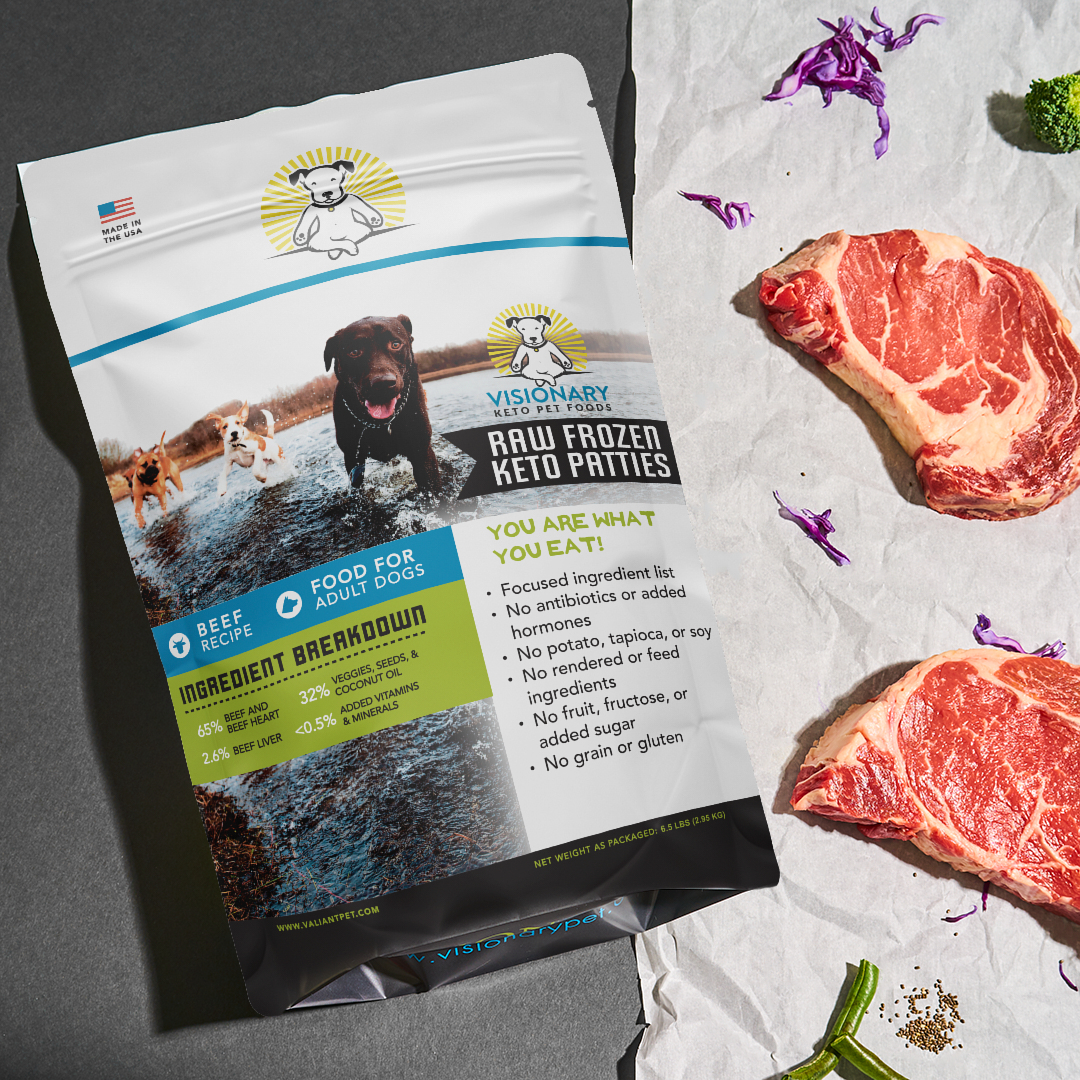 Yes, we do take amazing photos of our products.

What are you having for dinner tonight?

That’s a real question for most people. And that says something important about us humans – we have CHOICE.

Many of us don’t know what we’re eating tonight, or tomorrow, or the next day. We choose what we eat on the day-of and we incorporate a wide variety of foods into our diet.

Now think about your dog…

If your dog is eating the same food every day – then shouldn’t we make sure that food has all the macronutrients and micronutrients they need to live an optimal life?

And one way we evaluate dog food is to conduct a feeding trial. 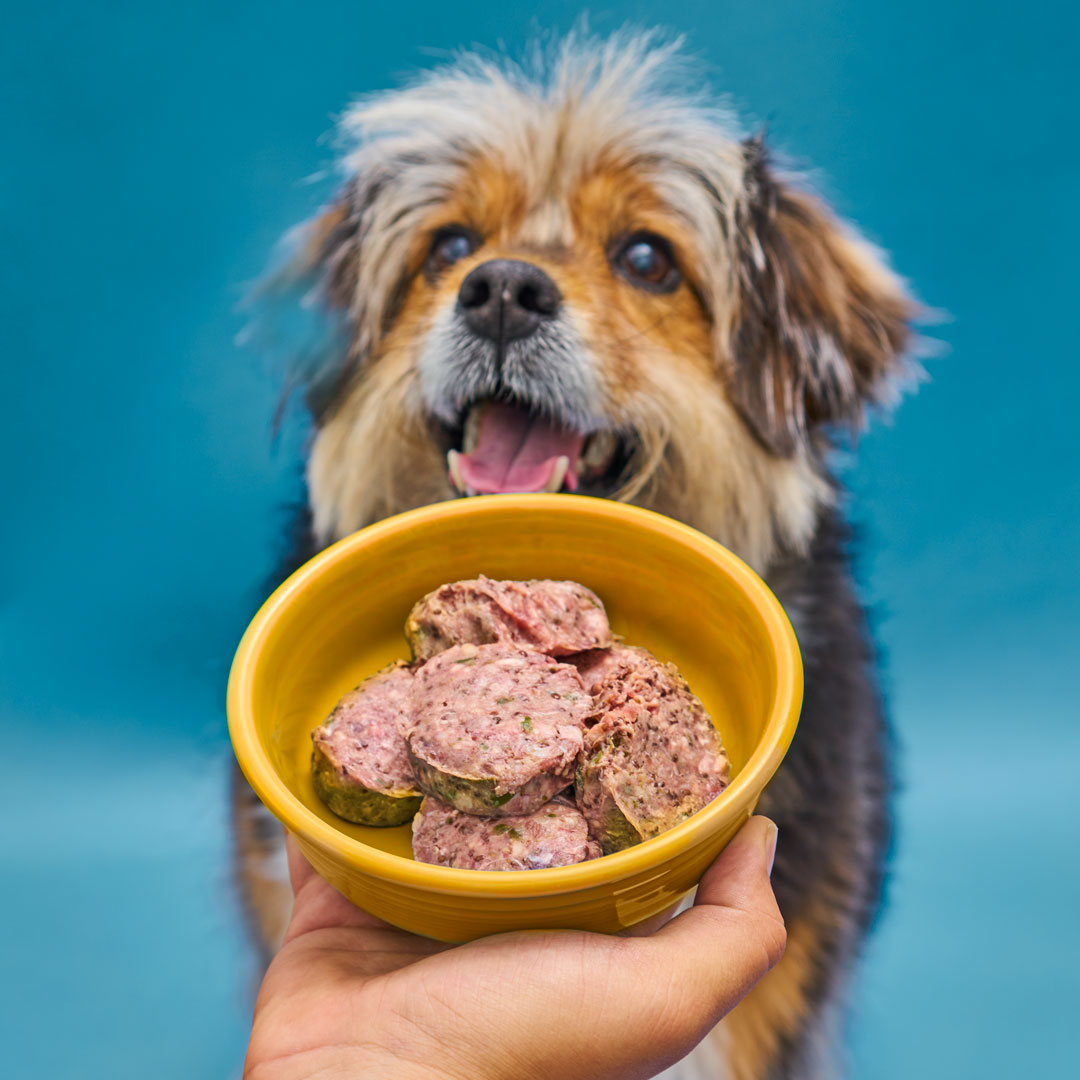 This lil guy is having Visionary for dinner :)

The Association of American Feed Control Officials (AAFCO) has an official protocol for what constitutes a feeding trial. Below are the requirements.

1. At least 8 animals must participate in the trial. 6 of the 8 need to complete the trial.

2. During the trial, the animals will only eat the food of interest.

3. The trial will last at least 6 months. Participants must pass a physical performed by a Veterinarian before AND after the trial.

A food fails if, during or after the trial, an animal shows signs of nutrient deficiencies or excess nutrient values.

This is the standard protocol that most dog foods use. And we applaud AAFCO for outlining this procedure and bringing nutritional standards to the pet food industry.

But when we decided to test out our Visionary Pet Beef Formula, we took the entire idea of a Feeding Trial several steps forward.

If you’re familiar with our story, you’ll know that we started this journey with our non-profit partner, KetoPet. Launched in 2015, KetoPet was established to investigate the ketogenic diet in dogs.

What KetoPet found, was that not only can a ketogenic diet be beneficial for dogs dealing with cancer and other serious disease; their findings also suggest that a ketogenic, low carb diet is the OPTIMAL diet for canine health and nutrition!

With this in mind, KetoPet created a comprehensive eBook and online calculator for their community. Using the KetoPet Calculator, Pet parents everywhere could create a ketogenic diet for their dog at home. (And still can!)

There was just ONE problem…

Visionary Pet was created to solve this problem and give pet parents everywhere access to a keto, low carb dog food :)

And here’s how we validated that food.

Visionary Pet was the only pre-packaged food fed at KetoPet Sanctuary. It wasn’t called Visionary Pet back then, but it was the exact same formula.

The formula was developed and validated in approximately 120 DOGS over a period of 6 YEARS.

And over those 6 years, the KetoPet team consisted of all manner of veterinary specialists, animal nutritionists, and AAFCO consultants.

Not only did we test for nutrient values and common markers of inflammation, we looked at blood glucose and ketone levels to ensure that our formula is actually ketogenic.

And you know what?

Not just the AAFCO test…

We passed the Visionary test. The KetoPet test. And perhaps the most important test of all…

We proved that Visionary Pet food is truly a ketogenic dog food.

Want to learn more about KetoPet and see some amazing case studies involving the keto diet for dogs? Visit the KetoPet website using the link below.

And remember, it’s ALWAYS good to ask questions. If you have any questions on nutrition, feeding trials, or anything at all – email us at info@visionarypet.com.

Thank you again for being a Visionary Pet Parent! 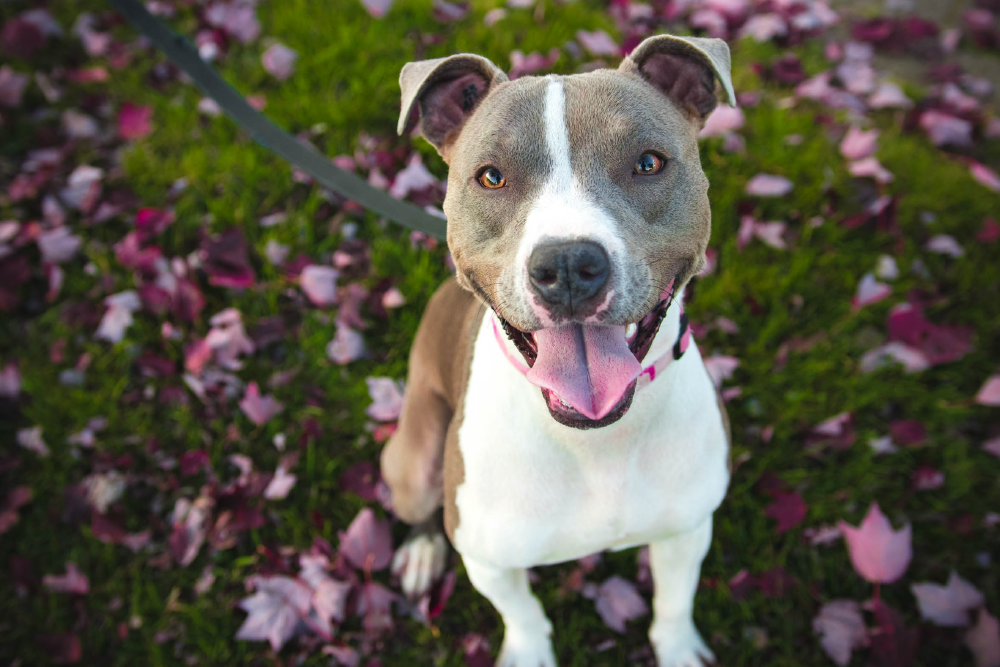 This is how happy we are to answer ANY questions at all :)